We had a great day at WienXtra!


In the workshop the 3B learned how to create short Stop-Motion-Films concerning our Erasmus-project. We really had fun! ;) 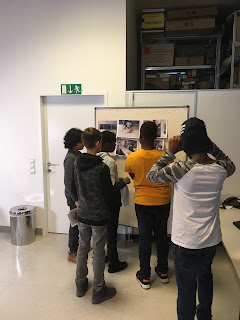 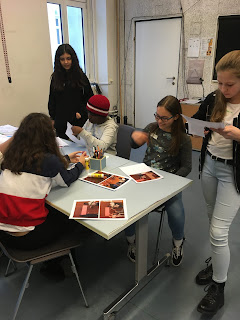 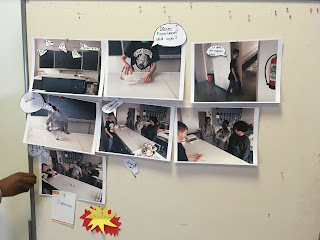 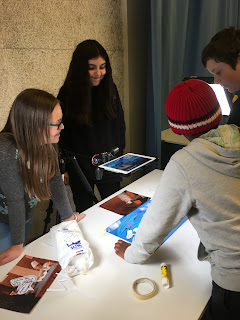 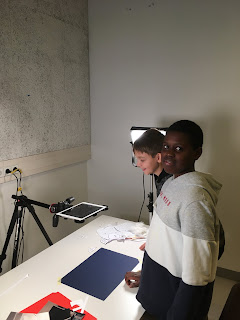 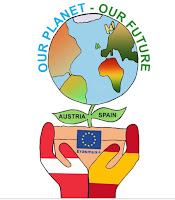 Posted by ourplanet.ourfuture at 15:46 No comments:

Christmas cards for our Spanish friends 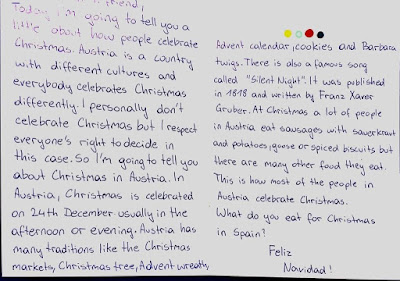 Posted by ourplanet.ourfuture at 15:38 No comments:

We have an official Partnership-LOGO!! Look how great it is!!

The logo was designed in cooperation between Spanish and Austrian students. 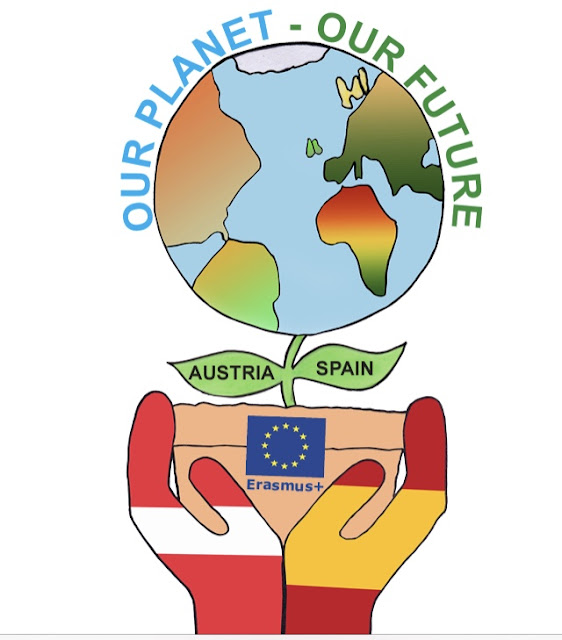 Posted by ourplanet.ourfuture at 15:19 No comments:

In November 2019 Christian Dorn, Anita Osmancevic and Barbara Höller-Öhner, three teachers from NMS/VBS In der Krim, travelled to Spain to visit the Erasmus+ partners from IES Torre del Rey in Pilas, Andalusia.The first meeting took place on Sunday, 17th November at Alicias home. Her husband showed us how to cook traditional Paella. Thank you, Manolo! It was the best we've ever eaten. 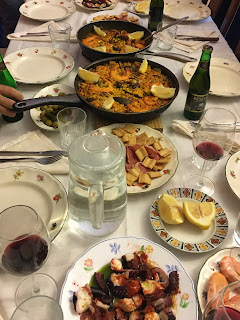 In the afternoon we visited the visitors' center of Guadiamar Nature Park (Parque natural Guadiamar). Our guide Yolanda told us all details about a mining accident of 1998. After this disaster the Corredor Verde del Guadiamar was inaugurated as an ecological corridor connecting Sierra Morena and Doñana, allowing animal species to move from one area to another. We also learned about the importance of the different types of landscapes through which the Guadiamar flows. 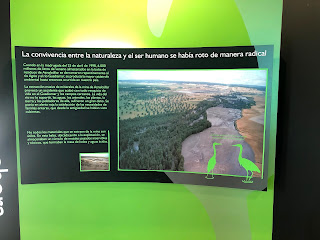 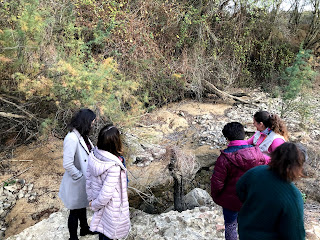 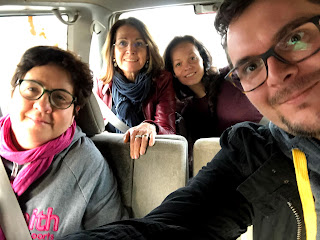 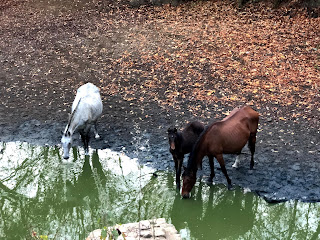 On Monday, 18th November, we experienced a very warm welcome, although the weather was pretty cold, at IES Torre del Rey. We met the headmaster, teachers and students and worked on our exchange program. After a short Skype Call with Vienna, we had an appointment with the mayor of Pilas. Our Spanish friend Alicia took us to a very special place in Pilas, where we tasted the best Churros in town.

After a late lunch we visited the olive factory „Aceitunas Escamilla“. They still pick their olives following the traditional method: by hand one at a time. After harvesting the modest modern technology is used. A very special thing about this factory is, that the water used for cleaning the olives is fully purified and free of any chemicals.


After getting up quite early on Tuesday, we had a trip to Doñana National Park which is located at Costa de la Luz at the Atlantic coast. It covers 543 km2 of which 135km2 are protected. It is an area of marshes, shallow streams, and sand dunes in Las Marisma, the delta where de Tuadalquivir River flows in the Atlantic Ocean. The park was established as a nature reserve in 1969 when the World Wildlife Fund joined with the Spanish government and purchased a section of marshes to protect it. It is named after Doña Ana de Silva y Mendoza. The park’s biodiversity is unique in Europe and it features a great variety of ecosystems and shelters wildlife and thousands of European and African migratory birds. 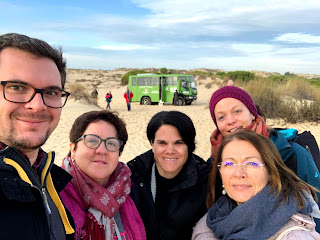 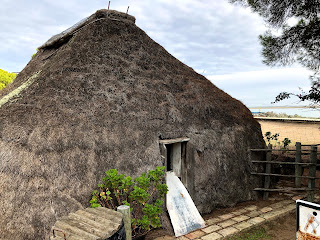 After a delicious lunch, thanks to Alicia, we made a short stop at Pilas’ new waste separation center.

On Wednesday we used the morning to continue our work on our exchange program. We met students and handed them letters written by the Austrian pupils. We also received some letters to take them back to Vienna. 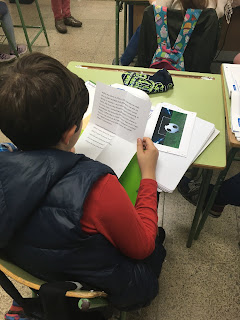 In the late morning had a very interesting excursion to the Centa Foundation (Fundació Centa) at Carrión de los Céspedes. It is a center of New Water Technologies promoting better management of water resources. The CENTA Foundation is a platform for technology transfer and knowledge in all matters relating to water management. It operates through three areas: Research and Development, International Cooperation and Development of Society and Environment. 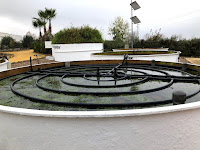 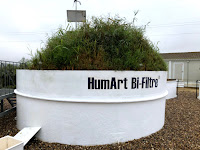 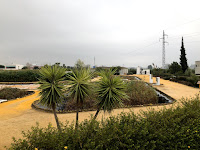 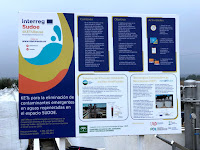 Posted by ourplanet.ourfuture at 19:29 No comments:

First try: Video tutorial "How to create a Halloween lantern"

First try: Video tutorial "How to create a Halloween lantern"


Posted by ourplanet.ourfuture at 19:46 No comments:

It was a great honour!

It was a great honour and pleasure for our school to welcome the Minister of Education Mag. Dr. Iris Rauskala and a large number of special guests. Our school was chosen for an Erasmus Day opening ceremony! #Erasmusdays (10.-12. October 2019). 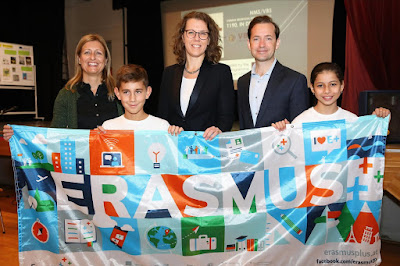 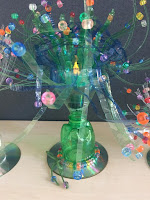 Posted by ourplanet.ourfuture at 19:21 No comments: 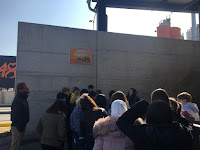 On the 7th of October the 3B and 3C had the opportunity to visit the MA 48 - the municipal waste collection service in Vienna. There we learned a lot about the waste collection system in Vienna and in particular about recycling. Apart from that we got possibility to try the three brand-new Escape-Rooms there. It was an educational and fun trip at once! Thank you! 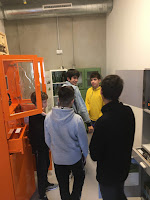 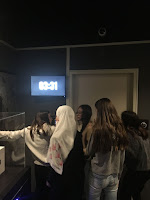 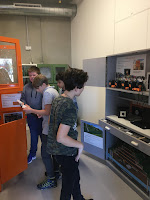 Posted by ourplanet.ourfuture at 19:03 No comments: